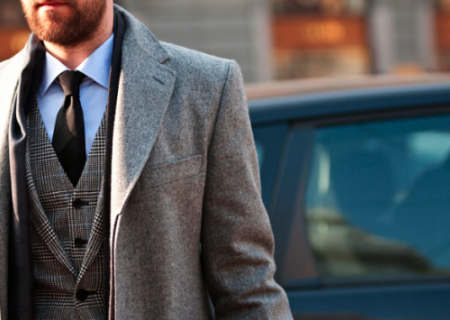 The Solid necktie is the most functional. Whereas other options such as foulard ties can also be highly usable, a solid necktie can be adopted by anyone without previous know-how of the mixing and matching necktie patterns.

As long as the color coordination is not entirely drastic (such as a color wheel), solid ties can blend superbly against a solid, striped or checkered shirt, and help to alleviate the contrast between a shirt and tie, specifically if the shirt is patterned.

This is the first tie a man should purchase without a doubt if he’s starting from the beginning. Dark blue is usually considered the safest and extremely versatile, but any dark or rich color is worthwhile. Dark green, burgundies, and for some skin tones purple also work wonders. 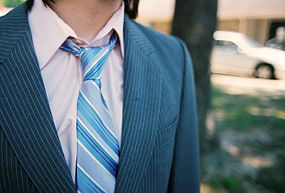 Striped ties are best suited for formal occasions, and can be listed down as the following: 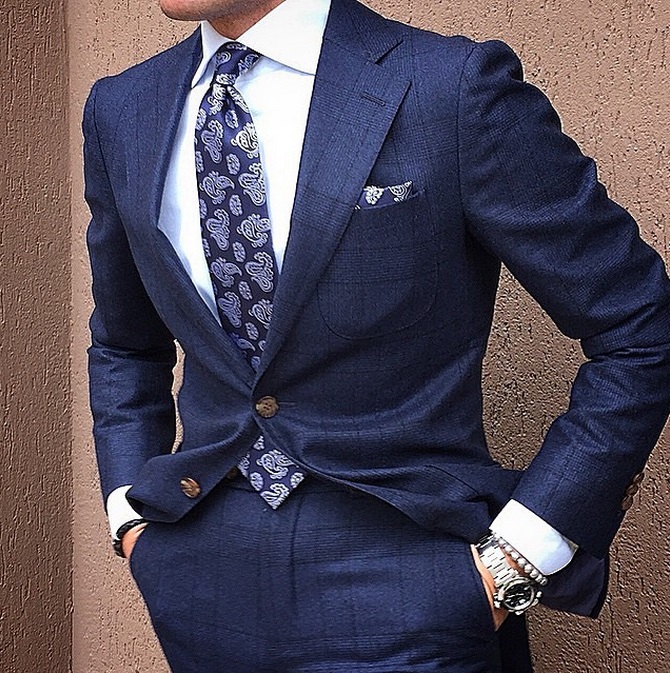 Such designs became popular in the West in the 18th and 19th centuries. Paisley ties most often serve the same function as the various polka dot ties. Because they are usually more broadly spaced and are in a pattern that is not added to shirts and suits, they make for a great conflicting piece in your outfit.

Paisley ties are superb for business casual and less formal occasions. Owning a paisley necktie is a thing every well-informed gentleman could benefit from. It’d be a big call to consider paisley ties a must-have part of every ensemble, but make quite an essential part of every wardrobe. Owning one certainly doesn’t hurt and individuals usually won’t regret it. Own a few more if you like them. 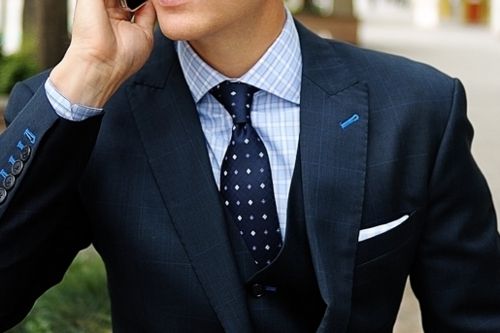 The Foulard tie is a simple geometric continuous pattern and is relevant for business meetings, other formal occasions, and even less formal settings. Foulard attributes to a small scale pattern with a basic block repetition. It is understood to have originated in the Far East, coming from the French word Foulard, with the same meaning. The repeating pattern usually entails flowers, geometric shapes such as squares, diamonds, dots or individual paisley shapes. When searching for a foulard tie, one should specifically look for small repeating shapes and textures. Hence, a dotted foulard tie most often consists of pin dots and not polka dots.

The foulard is a classic tie that is appropriate in most situations. One should own at least one of the classic foulard ties so that they’re not wearing solid and polka dot ties to every single business or formal event. Apart from that, a unique piece never hurts for social events, and if you like a specific sort of pattern go ahead and purchase a few more. 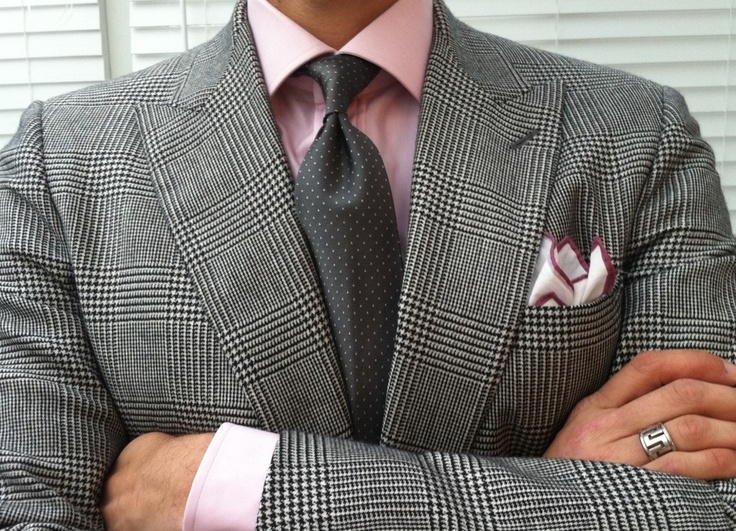 Pin Dot is a pattern of very precise repeating dots over the entire necktie. The pin dot necktie is a great homage to a wider striped because spacing on stripes bodes well with the close location of dots on the tie or on a solid colored shirt. 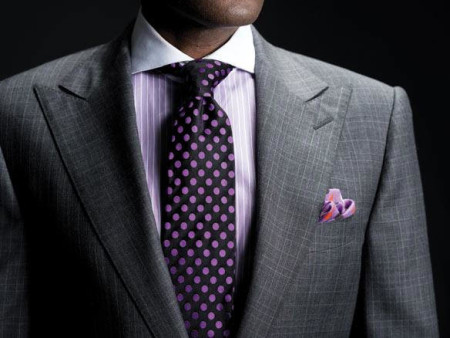 Polka Dot is a pattern that consists of a wide range of filled circles. Polka dotted ties work well as they contrast elegantly against a solid, striped or checkered shirt, especially if the dots are spaced apart considerably, creating pattern contrast both from the type of pattern and proportion or spacing of pattern.

While a polka dot tie might not be appropriate for an all-important business presentation, these ties can be worn to work on a daily basis, to a wedding or a less formal event! One should own something with a nice, sober background color and very precise, wide-spaced dots. Do this and you’ve got something that will stand up to a suit and collared shirt quite beautifully. 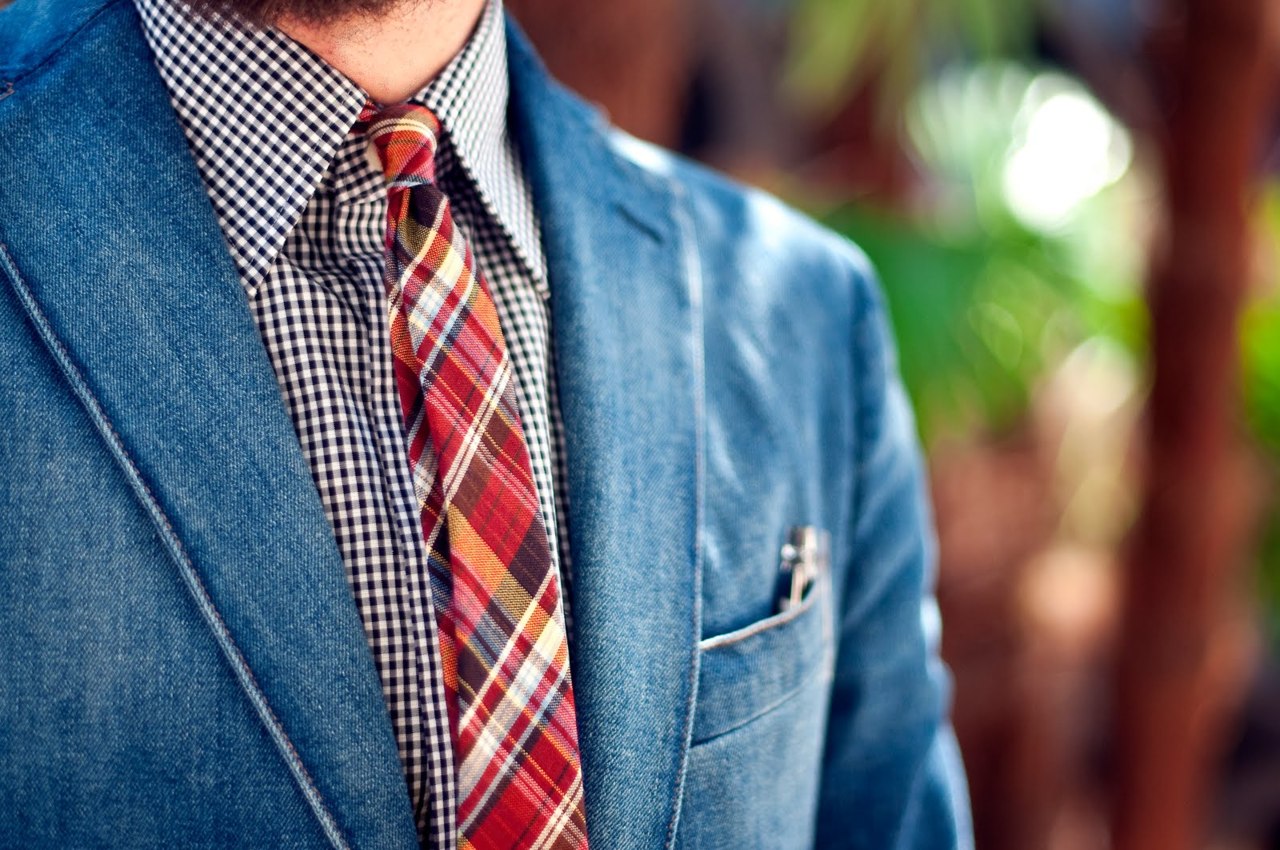 Plaid Patterns consist of checkered patterns formed by overlaying stripes. They are a great tie for less formal or casual purposes. A plaid tie during the winter season can look great with a colored blazer or dazzling during the summer with a cotton jacket.

In recent years, plaid ties have become increasingly popular as a choice of a tie during the warmer months. A very recognizable pattern of overlaid stripes in differing colors and widths is quite the norm. However, plaid ties are tough to match, and can be catastrophic if there are other checkered patterns in the outfit, but they are a useful way to enhance your outfit if it is made of solid colors. 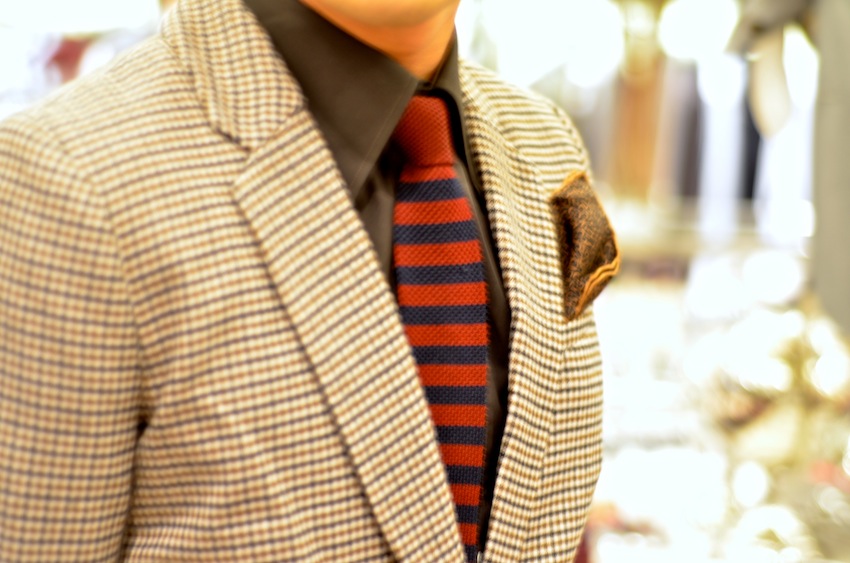 In and out of fashion at various points, knit ties come back around so often it’s worth having a few on hand. These are larger, bulkier ties than the more common woven versions. They have a visibly bumpy texture and in some cases visible gaps in the fabric. The thickness makes for a nice, hefty knot which is great for bigger guys and broader faces, but tough to pull off if you’re on the skinny side.

Wear them when you want a little bit of a classic feel, or when your outfit needs some texture to break up a dull look.